Thank you once again for organizing an amazing vacation for us. Our trip to Walt Disney World was fun, even for a childless couple in their 30’s. We went to Disney World because I ran the Disney Marathon on Sunday, January 11th, and then spent the following week there. We thought that we would give you some feedback to the questions that you had asked us in your feedback survey. 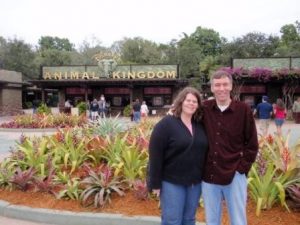 As was mentioned in your recent newsletter, we are some of the travelers who prefer to pay off our vacation in installments, ahead of time. We had planned our trip for about 6-7 months in advance. We booked our flights one month and then paid for our hotel another month, the meal plans and park passes another, etc. We find that this causes the least amount of stress to our monthly budget and works best for us. It also means that we come home only to the small expenses incurred during the trip.

We took Disney’s Magical Express to and from the airport. This is a convenient, complimentary service offered to guests staying at a Disney resort. A taxi would be much more expensive and would take about 30 minutes. One piece of advice, however: the buses that take you to and from Walt Disney World Resort actually have plenty of storage space for luggage. You have the choice of either getting your luggage yourself from baggage claim and bringing it to the bus, or having Disney pick up your luggage and taking it directly to your hotel room. It takes 3-5 hours FROM YOUR HOTEL CHECK-IN TIME (which for us was a couple hours after our flight landed) before Disney gets your luggage to your room. If you arrive during the day it may not make a difference, but if you arrive in the evening or need your checked baggage right away, we recommend going to baggage claim, getting your own luggage and bringing it to the Magical Express bus so that you have your luggage immediately upon arrival to the hotel. We did not know this, chose to have Disney collect our bag for us, and we ended up getting our checked luggage around 1:00 am, even though our flight landed at 8:00 pm. 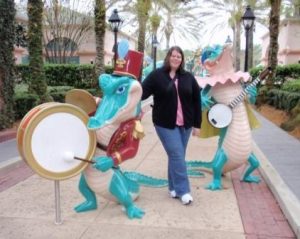 We stayed at the Port Orleans – French Quarter resort. On a scale of 1-10 with 10 being the best we would give it only a 5 or 6 and would be unlikely to stay there again. 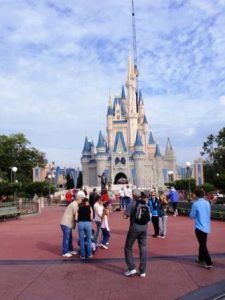 We had the great pleasure of vacationing in the off-season. We went to all four parks and saw 70-95% of each of them in about 4-1/2 days. We actually purchased a 7-day park pass and ended up not upgrading to the unlimited expiration because we didn’t know if we would save the cards and when we would come back. In the busy season, you may need 7 days to see all the parks, but in the off-season, the lines were less than 20 minutes on almost all rides at nearly any time of day. We purposely avoided the park having “extra magic hours” because we heard that the parks were most busy on those days (more people go to the park with the extra hours). We did not hurry in the mornings and usually got to the parks between 9:30 and 10:30 am. We only stayed in the evenings for the fireworks twice. Otherwise we usually left around dinner-time (usually 7-8 hours seeing the parks). 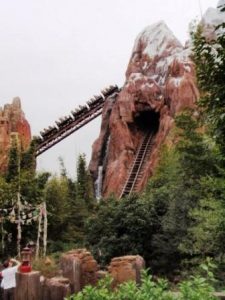 My wife and I both wondered what we would like best, and in the end, we both enjoyed the rides better than the shows. Upon arriving in the park, we went to the most popular rides first, like most people do, for the shortest lines, which seemed to be a good strategy. We also were not very efficient; since we had park hopper passes, we frequently went to one park in the morning and then another park in the afternoon hoping to keep things fresh with variety. This was probably not necessary, and it may have been more efficient to spend one day per park. We had no trouble using the buses/ monorail/ boats to get around, but it did take time, (leave about one hour to get from one resort to another because you have to travel to a theme park first; getting from our resort to a theme park took less time). We went to both Downtown Disney and the Boardwalk. We thought that Downtown Disney had the most shopping options if that is important to you, and did have some nighttime adult options, which we did not take part in. We did go to the Boardwalk in the evening for dinner, and we thought that Jellyroll’s dueling piano bar was very fun. We went on a Sunday night in the off-season, and there was plenty of seating. I would have liked to have gone to ESPN zone, but it was crowded; it was the night of an NFL play-off game.

We had the basic Disney meal plan, which we believe was a good value. 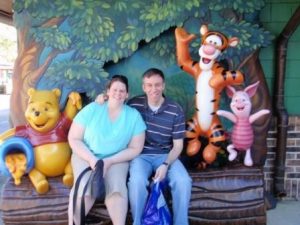 When comparing the cost of the meal plan with how much our food would have cost without the plan, we think we paid less, although it was fairly close. Mostly, it was very convenient to swipe our card rather than to carry all the cash. We each had one snack, one quick (also called counter) service meal, and one sit-down (also called table) service meal per day. We usually ate one of two patterns: either a quick service meal at our resort for breakfast, a snack for lunch, and table service for dinner — OR a snack for breakfast (although you then get no free drink), a quick service for lunch, and table service for dinner. In reality you can use them however you want. We had one day that we had two table service meals and one day that we had two quick service meals. We had snacks when waiting for shows to start or after disappointing desserts. We felt that the portion sizes of the meals were very large (dessert is included with all lunches and dinners, and you get two drinks with breakfast – we used one as a water to take to the parks), and I usually chose the largest meals for maximum value. I had brought a few drinks and snacks of our own from home which I had planned to eat for the marathon. I ate some of these later in the week but would not have gone hungry on the meal plan alone. Of note, you still need to pay for the tips at the table service meals. For two people and eight table service meals this was a little under $100 more for us.

We did not venture outside of Walt Disney World. We had considered going to Universal Studios one day, but in the end, we decided just to relax at Walt Disney World, and we ended up getting massages at The Grand Floridian Resort (which my wife highly recommends – we both agree that the quality was much better than a cruise) and doing our laundry in the laundry room at our resort (no waiting for machines in the off season – you may want to bring a small detergent container from home). We did see Alamo shuttles picking people up, which may have been taking them to a rental car which is what we would have needed to do.

The transfer back to the airport on Disney’s Magical Express was seamless, although you do arrive at the airport quite early. We checked in and checked our bags at our Disney resort. We did not have to worry about our bags again until we picked them up at the baggage claim in New York. 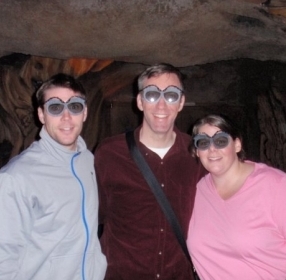 A Bugs Life — not just for kids!

Lastly, my wife got sick the final day with the type of stomach virus that often spreads quickly through cruise ships. Wash your hands frequently. But also know that Disney has partnered with an urgent care center for the medical care of Walt Disney World resort guests. The urgent care center provided a complimentary shuttle to and from our resort and treated my wife fairly quickly. Because we had the traveler’s insurance that you recommended, the extra night in the hotel, the doctors’ visit, medication, and flight change fees should all be covered.

It's their world and we're just visiting.⁠ Photo