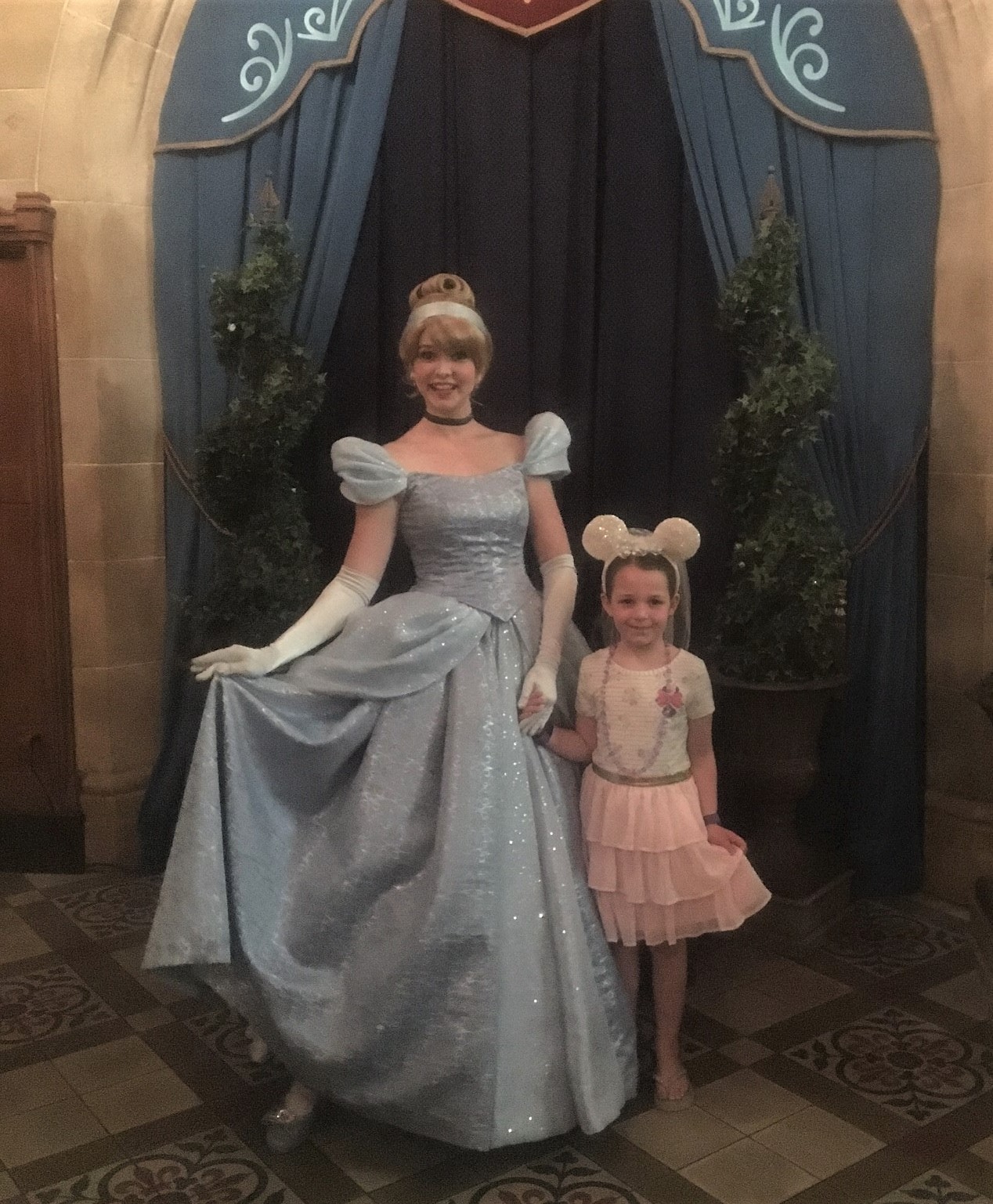 A vacation fit for a Princess

What could be better for a princess-loving six-year-old than a surprise trip to Walt Disney World with mom, dad and grandma?! Lucky little VIP Mary Frances enjoyed a fabulous “escape”, complete with fireworks, parades, water slides, and breakfast at Cinderella’s Castle — and from the photos, I think Grandma loved it too!

We had the BEST time!!  Thank you so much for all of your help getting us there 🙂  I honestly don’t know who had more fun – Mary Frances or my mom! 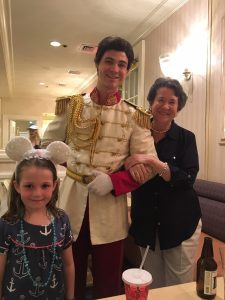 Flights were super easy and it was so nice going direct – thank you!  We took advantage of the Magical Express and one of the rooms was actually ready early so we were able to check in upon arrival which was so nice.  We grabbed a bite at the hotel and then took the water taxi over to Magic Kingdom for the afternoon [definitely encourage people to use the water taxi – you go through security right when you get off the boat and avoid the lines with the masses of people getting off the monorail – it’s a big time saver because you can then go right to the entrance] Our biggest challenges were being slightly overwhelmed by the crowds [I’m amazed at just how many people are there even in the “slow” season] and the heat.  It was super hot but we powered through!  We did Frontier Land and Adventure Land and even got my mom on Thunder Mountain.  It was great! 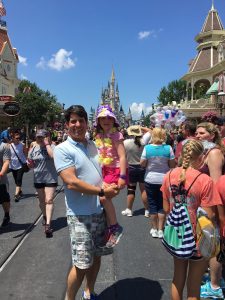 We had dinner at Chef Mickey Sunday night which was perfect.  I didn’t realize just how much fun and well received the character dinners would be.  We saw all of the main Disney characters so then we weren’t tracking them down for meet and greets at the park.  It’s expensive [it’s Disney…] but totally worth it for the time saving factor.  We didn’t it plan it, but we then watched the fireworks from the monorail on the way home and MF thought that was awesome! 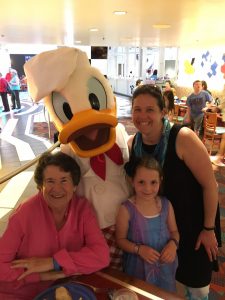 Monday we headed over to Hollywood Studios which was awesome.  We did the Toy Story ride, Frozen Show, Movie Ride, Ariel Show, another character lunch at Hollywood and Vine which was great, and took in the sites.  There’s a Storm Trooper March that happens about every hour which was impressive but super loud which was slightly bothersome to MF but again we just worked through it [I mention it only so you can warn people with younger kids who may not like it].

We then went back to the hotel and spent the afternoon at the pool.  This was easily the highlight of the resort.  We spent equal time at the fun water slide pool and the quiet pool.  MF loved it!! Carter and I enjoyed the water slide just as much as she did 🙂

We went over to the Happily Ever After dinner at the Grand Floridian that night by way of the water taxi – it was our favorite mode of transportation!  They had a new chef at this restaurant and they seemed to be a little out of sorts but it didn’t matter.  MF was beside herself as all of the Cinderella people came around to the tables.  The step mother and step sisters stole the show for us – they were great!  Food was good and we had a really good time.  We went back to the hotel and then Carter and I went to the Grotto at the Polynesian for a few drinks – an absolute must if you’re staying there!  So fun.

Tuesday Carter got up and just took a taxi to the airport and he made out just fine.  The girls headed to Cinderella’s Castle for breakfast.  This was the highlight of the trip for me.  I would recommend breakfast for sure because the room is full of stain glassed windows and it was so bright and fun!  It was the first meal that we had that we actually ordered off a menu instead of a buffet which was a treat and they truly treated MF like royalty.  it was awesome. 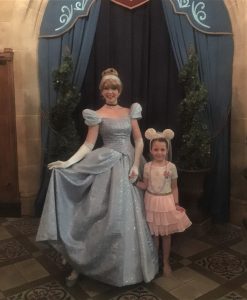 We then spent the day in Fantasy Land.  The Peter Pan ride was a big hit and It’s a Small World is still the absolute best [we did it twice!].  We then did a Fast Pass for Belle’s Library which was amazing.  The kids all participate and they’re a part of the act – we loved it!  We then went on the Under the Sea ride which was really fun and then had a Fast Pass to meet Ariel in her Grotto [Little Mermaid is MF’s favorite so that was a big deal for her].  From there we went back to the entrance and watched the Parade from the top of the train station.  The new parade is amazing!  They went all out with the floats which are all really tall so watching from a higher perspective was really cool.  MF had started to melt at this point [it was really hot and humid] but we stuck it out and I’m so glad we did.  As soon as the parade started she felt much better and it was one of her favorite things. 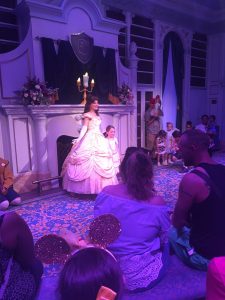 We went back to the hotel and spent a few hours in the pool again which was perfect.  I didn’t make reservations for dinner that night and we ended up at the first come first serve side of the Kona restaurant.  We basically had it to ourselves and it was a great meal – definitely recommend that.  We ended just before 9pm and strolled down to the beach and watched the fireworks which is a HUGE perk of staying at the Polynesian.  I can’t imagine the crowds and noise at Magic Kingdom so we were happy as can be!

Wednesday we just took it easy and took advantage of the Magical Express service to the airport.  We weren’t able to check our bags at the hotel which was a bummer [it would have been nice to avoid the lines at the airport] but supposedly Southwest is revamping their system and it was a glitch on their end?  It wasn’t a problem but just something to warn future guests that it’s not a guarantee.  It was another easy flight home and here we are, back to reality.  Overall it was a great getaway and something we’ll all remember!!

Thank you again!! It was great that we didn’t have to contact you but so nice to know that you were a phone call away if anything did happen.

We’ll be in touch for our next adventure 🙂

This week's hotel spotlight is Keemala, in Phuket,

Happy #FunFactFriday ! Whenever you meet a Balines